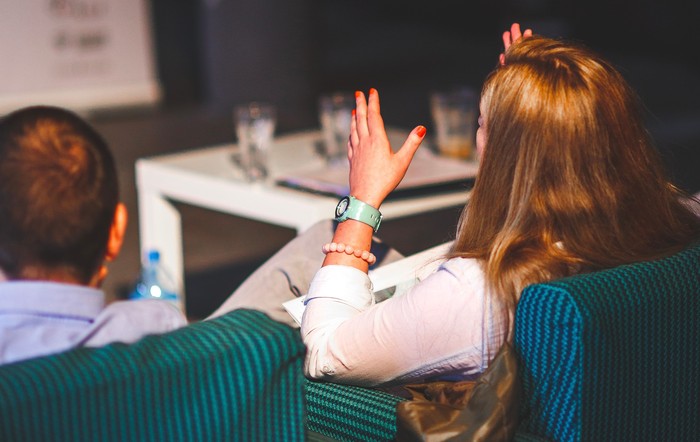 9 Things That Will Kill Your Career
Source: www.huffingtonpost.com

There are so many things that can kill the careers of good, hard-working people. Honest mistakes often carry hard-hitting consequences.

We usually only hear about the more egregious examples, such as when Yelp employee Talia Jane became an Internet sensation for writing a blistering post criticizing the company’s low pay and its CEO. To no one’s surprise, she quickly found herself out of a job.

Most people don’t go down in a blaze of glory like Talia Jane; they kill their careers in subtle, decidedly undramatic ways. And it’s a shame because it happens all the time.

A recent survey by VitalSmarts found that 83% of people had seen someone make a blunder that had catastrophic results for their career, reputation, or business, and 69% admitted that they themselves had done something that had damaged their careers:

These numbers show how damaging you can be to your own career if you’re not careful. There doesn’t have to be a single, sickening moment when you realize that you just shoved your foot firmly in your mouth, either. Little things can add up over time and undermine your career just as much as (or more than) one huge lapse in judgment. The good news is that if you stay aware of them, these are all things that you can control before they creep up on you and kill your career.

Over-promising and under-delivering. It’s tempting to promise the moon to your colleagues and your clients, especially when you’re honest and hardworking and believe that you can do it. The problem is that there’s no point in creating additional pressure that can make you look bad. If you promise to do something ridiculously fast and you miss the deadline by a little bit, you’ll likely think that you did a good job because you still delivered quickly. But the moment you promise something to someone, they expect nothing less. You end up looking terrible when you fall short, which is a shame, because you could have done the same quality work in the same amount of time with great results if you’d just set up realistic expectations from the beginning. This is one of those situations where perception matters more than reality. Don’t deliberately undershoot your goals; just be realistic about the results you can deliver so that you’re certain to create expectations that you will blow out of the water.

Complacency. How long has it been since you proactively learned a new skill, reached out to your networking contacts, or even polished up your resume? If you can’t remember, you might have become a bit complacent, and complacency is a real career killer. It’s what happens when you’re just along for the ride and assume that nothing will ever change. But we’ve seen enough disruption—technological and otherwise—over the last few years to realize that change is inevitable. If you’re always too busy to learn something new or to expand your network, you’ve got your priorities mixed up. However, if you make continuous growth and development a priority, you’ll be ready for whatever comes your way.

Fear of change. Fear of change is complacency’s evil twin. It actively works to keep things the same. I’m sure you’ve seen this one first hand at work when someone uttered the dreaded words, “But we’ve always done it this way.” Things are changing too fast these days to latch on so tightly to the status quo, and the costs of doing so can be huge. In one survey, 91% of respondents said that the most successful employees are the ones who can adapt to the changing workplace. Change is a constant part of our lives, both personally and professionally. It doesn’t matter whether you think things should change or whether you prefer the old ways—change just is. You don’t have to learn to love it, but you do have to learn to stop resisting it and to start adapting to it.

Having an inflatable ego. Did you ever work with someone who had a string of successes and started thinking that they were the be-all and end-all of superstardom? Success is great. It definitely boosts your career, and it feels really, really good. The problems start once you let it go to your head. You start thinking that success is going to last forever and that you’re entitled to it. Never, ever be content with resting on your laurels. Once you start thinking that you’re the cat’s meow, you’re setting yourself up for very painful failure.

Negativity. Sometimes when you’re feeling negative and down, your mood can leak out and affect other people, even if you don’t intend it to. You were hired to make your boss’s and your team’s jobs easier, not harder. People who spread negativity through their department and complain about the work or other people complicate things for everyone else. If people always have to tiptoe around you so as not to dislodge that massive chip on your shoulder, they are unlikely to be willing to do it for very long.

Low emotional intelligence (EQ). Everyone knows that you can get fired for being unable or unwilling to play nicely with others, but what trips up a lot of people is having a poorly developed poker face. If everyone can tell when you’re bored or irritated or that you think something a colleague says is stupid, this will catch up with you. Emotional outbursts, belittling others, shutting co-workers down when they speak, low self-awareness, and just generally being difficult are other ways that a lack of EQ will do great harm to your career.

Sucking up to your boss. Some people suck up to their boss and call it managing up, but that isn’t the case at all. Sucking up has nothing to do with a real relationship built on respect; it is sneaky and underhanded. Suck-ups try to get ahead by stroking the boss’s ego instead of earning his or her favor. That doesn’t go over well with colleagues who are trying to make it on merit. Yes, you want to bolster your relationship with your boss, but not by undermining your colleagues. That’s the key distinction here. For a boss-employee relationship to work, it has to be based on authenticity. There’s no substitute for merit.

Playing politics. Working hard to build strong work relationships is very different from instigating conflict, choosing sides, undermining colleagues, spreading rumors, and all of the other things that fall under the umbrella of “playing politics.” Again, it comes down to authenticity. If you find yourself sneaking around or if you’re embarrassed if some of your behind-the-scenes manipulations come to light, that’s politics. Stick to strategies you’d be proud to discuss in front of your colleagues.

Bringing It All Together

A lot of people make the mistake of thinking that they can only damage their careers by making one huge misstep, but the reality is that it’s usually not that dramatic.